Cecilia Kravarik received a $200 award for community service from The Challenge Program, Inc. (TCP) this past fall. When sending in a thank-you note, it was clear that this young woman had no plans of stopping her success there. She wrote “I have used this award to further my plans on opening my own retail store…”.

We asked Cecilia if she would encourage other students to compete for a Challenge Award. She is using her voice to tell students “I would love to encourage other students! Many students in my school district do not have many opportunities to experience things. I feel that if any student would actively compete, they would have a chance of experiencing many great things. For example, if someone wanted to compete for the Community Service Award, he or she can experience working and helping others. It could be a huge change from what they normally do; it could show them that they have a true purpose and make them feel accomplished that they experienced something that they never thought they could do or experience.”  The one word she uses to describe the program is “powerful”.

Although others may not be surprised that she earned a TCP award, she says “I was actually shocked that I won but after that initial moment, I was very grateful that I had received the award.”  She even admits she was undecided for quite some time about what she wanted to do after she graduates. “High School is all about careers and college and what you want to do after High School. I didn’t really have a plan walking into 7th grade. I originally wanted to be in the medical field, but I realized that having my own business means that I can do what I want to do. Having a business fits with everything that I 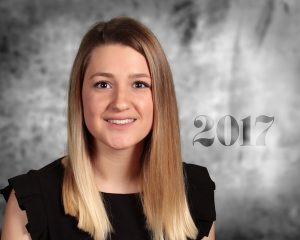 want to do: working late-nights, experiencing working with the public, and being my own boss. “

This online business Cecilia is getting started will be called Quay’s and Books. When asked why she chose that name she says  “My middle name is Quay, so I came up with Quay’s & Books because it’s unique and kind of classy like my middle name.” She described it by saying “My business’s focus will be bringing something new to the public. The business that I am creating is directed towards books, literature, and reading. I want to focus and feature books written by new, aspiring authors. I want to be a source and go-to for upcoming authors to feature their books.” It is different, bold, and something that will still help people just as TCP helped her. Her one goal besides her business is to “succeed without giving up. I want to recognize that things may go wrong, but I can fix it. If I put my true passion into it, it will succeed.”

Overall, Cecilia says that TCP “…definitely influenced me. It showed me that I can help my community in many ways.” She will soon be graduating high school and entering the real world where she can put her multiple skills to work with her online business.  Be on the lookout for Quay’s and Books.

We know it's been a weird year for students. Between juggling virtual learning, keeping contact…

Nice to Meet You! My name is Allyson Null and I am the new digital…

It Takes Our Village

By: Melanie Muha Preface: I started this blog in 2017 and it had the title,…